The Cannons Creek Boxing Academy has one goal: to teach students to be champions, but not in the traditional sense.

The boxing academy operates out of low socio-economic suburb, Cannons Creek in Porirua, with the vision to provide local children boxing lessons as well as tools to tackle life.

Out of the 160 members enrolled at the boxing gym only six box competitively.

While all of the boys and girls put on the gloves and workout, the key focus of training is building up and equipping the whole person.

Many of the young people face challenges and hardships; the boxing gym is there to help.

The Passport to Success 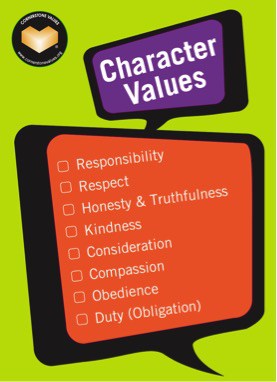 Students participate in the Passport to Success, a values programme, to help the children navigate through life.

Coaches talk about at least one value at each session and the children are invited to share how they have used this value outside the academy and how this has benefited them.

Once the kids can recite all eight values and their meanings they qualify for free life membership.

Boxing centre manager Craig McGhie says when they come to the academy we want to help them to find their life direction and build a sense of family.

“I want to instil in them attitude and skills where they can contribute and give back to society” he says.

When the kids come to the academy the boundaries are in place from the minute they walk in.

The rules are set and if anybody breaks the rules they have to leave.

Craig says, “The kids thrive when firm boundaries are set. They thrive when they know exactly where they stand”.

The academy wants to help kids develop into contributing adults that are employed, uphold the law, respect people and don’t use violence. The academy now offers a drivers license programme for their 16-17 year olds.

Craig says every child is different and we want to encourage each of them out of their shell.

Some young people turn up with their heads down; they are shy and self-conscious.

“We want to inspire them, fill them with confidence and pride in who they are and what they can achieve” he says.

What difference is the academy having in Cannons Creek?

Craig says when the gym was first set up there was a graffiti and litter problem in Cannons Creek.

He regularly sent out his staff to clean graffiti off neighbourhood walls and to pick up litter.

After operating in the community for a little over two years the graffiti and litter problem has all but gone.

“The local kids have taken the passport to success values on board and are not engaging in this negative behaviour anymore” he says.

Currently there are established boxing gyms operating in Naenae and Cannons Creek and they have been so successful that there are plans to open more.

A new gym has opened in Ashburton and there are plans to introduce boxing academies in Tauranga, Masterton and Hamilton.