An Ethiopian farmer whose 13-year-old cow has provided for the farmer’s family has helped inspire the development in New Zealand of an animal data system.

This data system is now assisting other African farmers and being sold internationally.

Dr Anna Campbell, Managing Director of Dunedin company AbacusBio, says the Ethiopian woman originally had one cow, which yielded both milk and offspring.

With this one cow, she fed 10 kids, put them through school and built a house.”

The animal was high-performing and in good condition. AbacusBio considered how it could utilise good genetics such as this cow exhibited, so farmers in other Ethiopian villages could benefit.

Led by Dr Bruno Santos and IT specialist, Mark Teviotdale, the company worked with villagers and collected data. A team of software developers and animal geneticists then customised the AniCloud animal data system.

The New Zealand Ministry of Foreign Affairs and Trade helped fund a community livestock project in Ethiopia, making this data system available for farmers to use for sheep, goat and cattle breeding. The house the cow helped build: the Ethiopian farmer’s home, built with the proceeds of her cow’s milk and calves. Photo: AbacusBio.

While the Ethiopian farmer was one inspiration for this growing New Zealand agribusiness consulting company, a Polish staff member was another.

Anna says AbacusBio’s multi-cultural team includes 36 staff plus students and interns. The nine nationalities work in offices in Dunedin and in Edinburgh, Scotland.

These staff contribute knowledge of their home country’s science environment plus international connections.

“There’s a nice mix of people wanting to do their best by food producers,” she says.

For example, a Polish staff member, Katarzyna Stachowicz, is part of a team working on improving dairy herds in Poland and other countries, including New Zealand.

AbacusBio consultants are collaborating with the Centre for Genetics at the Polish Federation of Cattle Breeders and Dairy Farmers.

They will develop an economic selection index specifically for Polish dairy farmers. Eventually, this will help the farmers make the best use of their animals’ genetics.

Yet another of AbacusBio’s projects involves working with the Australian arm of a large Brazilian meat company, JBS Swift, to analyse the data and identify what are the best farmers to take cattle from.

Bringing science and business together

Anna says AbacusBio wants to bring science and business together, rather than science remaining in “ivory towers” as it sometimes does. The company applies science and technology in the fields of agriculture, horticulture and aquaculture. 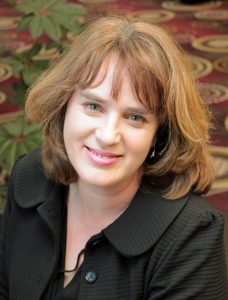 The firm’s four main areas are breeding and genetics related to livestock and plants; science strategy; IT and software development; and on-farm consulting.

Its core business is breeding and genetics, aiming to breed better plants or animals by using performance and genome data, and pedigree and economic information.

“We work with these data to produce better plants or animals,” she says.

Scientists, Dr Peter Fennessy, Dr Peter Amer and Dr Neville Jopson, started the company in its present form in Dunedin, in 2006, and Anna bought into it a year later. There are six other partners with shareholdings. The firm is privately-owned and runs on a partnership model.

The business has grown. AbacusBio now works in 19 countries and opened its Scottish office a year ago.

Growth has been “mostly organic and through word of mouth.”

Anna expects that in future, more and more New Zealand companies will look similar to AbacusBio. Rather than exporting food or produce, businesses will export know-how and tools, such as AniCloud.

“I think we’re the classic kind of knowledge economy company.”

Empowering people to grow food in a sustainable way is one motivation.

“It’s the how to and the tools around that, and the use of data.”

Asked what New Zealand has to offer the international agribusiness sector, she replies,

Our way of doing things, the quality of our products.”

“I think we do have a really good ability to think outside the square.”

Perhaps, such as a 13-year-old cow’s genetic data aiding other village farmers.