Thousands of new jobs are being created in New Zealand’s technology sector each year, as tech plays a part in more aspects of daily life.

As New Zealand’s third largest export earner behind dairy and tourism, the tech sector is growing rapidly, and demand for skilled workers is high. Even with new graduates and skilled immigrants, there is an ongoing shortage of people to fuel this growth, she says.

There’s quite a large hidden job market within tech.”

While acknowledging that technology is changing the way people work, and digital transformation and automation can result in some job losses, Kylie says thousands of new positions are also being created each year.

“The way for NZ to keep abreast of that is to embrace life-long learning.

“People can think of tech as being daunting, but actually most people can find a place in tech, where a range of skills from the arts, science, health, engineering, business, design and many more are required.”

South Island-based Signal trains degree-holders for immediate employment in the sector. One of its programmes is SHIFT, a year-long course designed to take people with little or no tech experience through studio-based learning which combines academic papers with tech industry projects.

The approximately 40 students a year range from 21-year-old tertiary graduates to those in their early sixties with loads of life and work experience.

Three quarters of the SHIFT cohort are career changers, with years of experience within other areas, and this valuable knowledge and skills can easily be transferred to a role in tech.”

These previous careers vary – one student has been a brewery manager and another, a radiation therapist. Others have been teachers, accountants, mechanical and structural engineers, politics graduates and a biochemist.

“Those industry contacts are really valuable in securing employment and also in having important discussions with industry people about what possibilities exist within the tech realm.”

The quality of SHIFT graduates is such that there is a higher demand from industry than there are graduates, Kylie says.

Of those who’ve completed this programme, 72 per cent have been offered a position in the workplace where they completed their project and more than 90 per cent have a role in the technology industry within two months of graduating.

One graduate, Jonathan Manning, had studied Philosophy and worked in retail and video editing.

“SHIFT appealed to me immensely because it blended humanities and science in a way that I always thought was valuable and that spoke to my interests,” he says.

After graduating from the programme, Jonathan worked as a Meltwater Media Intelligence analyst and is now employed at the New Zealand Transport Agency, working on Cloud Services, Change Management and Service Automation.

“SHIFT allowed me to formalise my lifelong interest in computers and opened the digital door for me.”

Kylie says Signal runs two other programmes. The first trains teachers to become proficient at delivering the new digital technologies curriculum, which will be compulsory in all schools from next year. 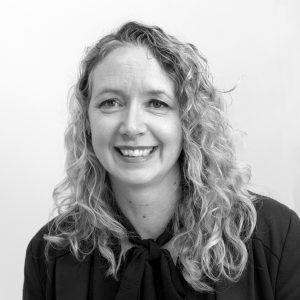 About 20 teachers from throughout New Zealand participate each year, mostly via distance learning run by the University of Canterbury.

The remaining programme provides leadership-level professional development for those already in the tech sector, who want to hone their skills via an “in work, at work, for work” Masters programme.

Signal is not-for-profit and Government funded.

It began after Steven Joyce, a former National MP and the Minister for Tertiary Education, Skills and Employment from 2010 until 2016, recognised the technology sector needed to grow its capability.

Information and communications technology (ICT) graduate schools were established in Wellington and Auckland, and Signal in Christchurch and Dunedin.