Buying jewellery here in New Zealand can be a fashionable way to help rescue Asian girls from exploitation.

The jewellery, made in Thailand by rescued girls, is sold on a party plan basis to fund and promote a charity called Child Rescue.

Child Rescue operates in Cambodia, Thailand, the Dominican Republic, India and the Philippines in partnership with the Christian organisation Destiny Rescue International.

Rescuing the girls is the first step in helping put their lives back together.

On average the charity rescues 800 girls every year. Most are aged between 14 and 18 but the youngest so far was a four-year-old in India.

Traditionally parents pay for their sons to continue their education but the girls often leave school at 11 to work.

If the girls have to move away from home to work it makes them vulnerable to exploitation.

Child Rescue takes groups of supporters to visit its work to learn more about the issues so they can promote the organisation to their communities. One of the women on a recent tour was Karen Norman from Wellington. 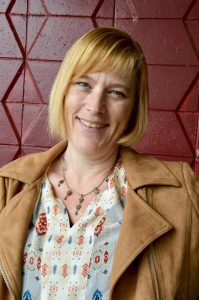 Karen Norman is available to speak at events in Wellington.

It was through a friend that Karen heard about the organisation and the trips they do to Cambodia and Thailand.

She knew the trip would be challenging emotionally and physically but felt OK to go ahead.  The friend who had told her about the organisation was part of the same tour group. There were three Kiwis, five people from Australia, five from the United States plus the group leader.

The first week was spent in Cambodia where they visited homes for recently-rescued girls.

Karen did card-making and Zumba with the girls.

She made 3D butterfly cards to take with them.

From caterpillars to butterflies

“For my part I had organised a 3D butterfly craft. We shared the story of how caterpillars go through a process of change to become beautiful butterflies, in the same way the girls go through a change when they are rescued by Destiny Rescue.

“On the front of the card we wrote ‘In Christ we are a new creation’ and on the inside we wrote ‘Butterflies are proof that everyone has a second chance at life!’  The girls kept any cards they made.

“It was such a hit that four of our group spent one of our free afternoons making 40 cards for all the Destiny Rescue staff and volunteers.” In Thailand the group visited the organisation’s jewellery factory and saw a prevention home for siblings at risk of being trafficked.

The group also saw the local red light district, which made Karen even more motivated to help Child Rescue.

Karen regularly gives to charities but had always wanted to see where her money went.

The care that they get after they are rescued blew me away.”

They get tests for pregnancy and HIV, they do English classes and literacy in their own language. They are given new clothes and accommodation – everything they need, Karen says.

After six months of intensive care they are encouraged to train for paid work. Karen visited cafes, a beauty salon and sewing factories, all where the girls can get paid work.

Able to look after themselves

The hope is they can look after themselves and have money to send home to support their families.

Karen had her hair and nails done at a salon that employed six rescued girls. The salon was owned by a woman who had herself been rescued by the organisation and had gone on to start her own business.

Karen visited a jeans factory and a mushroom and chicken farm where rescued girls work.

The owner is also looking to start a cricket farm – crickets are a popular food there.

One newly-rescued girl showed talent for drawing. Recently Karen heard she is now working in the animation industry.

Karen talked to another young woman about how bad her life was before she was rescued.

The young woman now attends church and met her boyfriend there.

Karen says it is good to know the young women can move on to have a normal life.

Karen is one of four advocates in the Wellington region and around 20 in Auckland.

She is keen to speak at jewellery parties and to organisations. People can also support the organisation through regular donations or on a one-off basis.

A recent Indian dinner raised almost $10,000 for the organisation.

“This was our Taste for Freedom fundraiser in which we had a three-course Indian meal. The CEO of Child Rescue, Jerram Watts, spoke. There were auctions, live music and raffles,” Karen says.

“We hope to make this an annual event going forward. It is something that our American counterparts have done now for five years. It was a huge success and we even surprised ourselves at the almost $10,000 that was raised.”

Another recent successful fundraiser was a baby shower where handmade jewellery was sold.

You can read more about Child Rescue’s work at childrescue.org.nz.

To host a party, go to www.childrescue.org.nz/get-involved/local-volunteers/jewellery-parties.

Karen will provide materials to host a party. She is also available to speak to events in Wellington.