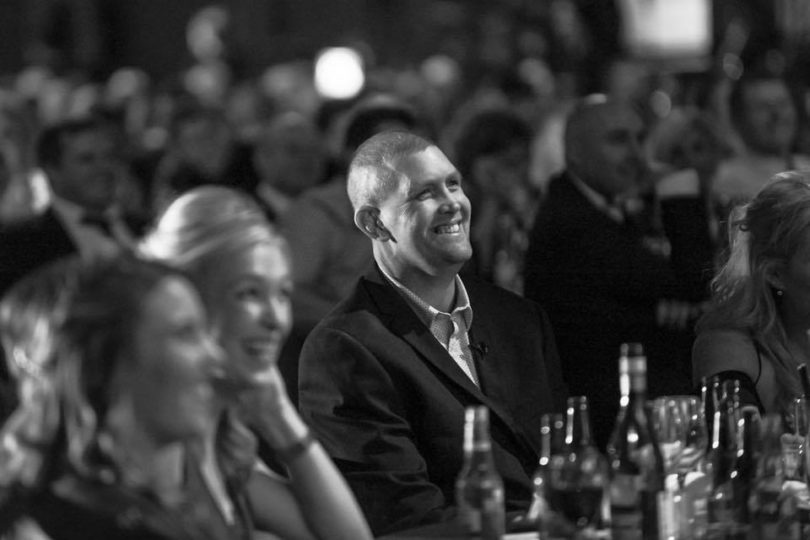 The nationwide response from doctors, nurses and other clinicians would have amazed Blair Vining, says his widow Melissa Vining
Share
Tweet
Email

More than 100 medical professionals from around New Zealand have offered to do voluntary stints at the Southland Charity Hospital when it opens its doors mid-way through 2022.

The nationwide response from doctors, nurses and other clinicians would have amazed Blair Vining, who died in 2019, aged 39, after a late diagnosis of bowel cancer, says his widow Melissa Vining.

His experience was the motivation to establish the charity hospital which will not receive any Government funding and doctors, nurses and clinicians won’t be paid.

Melissa says that early in the project local doctors put out the call to their colleagues for offers of voluntary help. Media publicity had also helped.

Offers came in locally, then from Christchurch and then from around the North Island, she says.

Charity hospital services would be arranged around the availability of clinicians.

The intention is that many hands will make light work, she says.

Hopes for a tourism spin-off

Melissa hopes the clinicians, taking time away from their paid work, will also stay on to enjoy local tourism “around our beautiful province”.

Several Te Anau and Queenstown tourism operators, themselves suffering since the 2020 lockdown, have given prize packages as fundraisers for the hospital.

While they are facing challenging times “here they are contributing to this project,” Melissa says.

Blair was surprised that a person’s medical outcome could depend on where they lived and if they had insurance or could afford private diagnostic tests.

His experience was the motivation to establish the hospital which will be designed around day procedures, starting with colonoscopies where the lining of the colon (bowel) is checked for cancers using a medical device called an endoscope. Blair and Melissa Vining. It was Blair’s bowel cancer diagnosis that motivated the campaign for the establishment of a charity hospital in Southland. Photo: Layton Findlater

The scope, about the thickness of a little finger, has a light and tiny camera which sends photos to the operator who is watching on a screen.

The charity hospital will provide colonoscopy services free to people turned down by the public system and who don’t have medical insurance or funds to go privately. It will rely on donations, grants, and the generosity of the wider community keen to help southerners in need.

The new hospital was inspired by the success of the Canterbury Charity Hospital which has been “very generous” with information, knowledge and mentoring, Melissa says.

Melissa is a trustee on the board of the new hospital. She says Blair would have been so surprised at the huge community support and the short timeframe that will see the hospital open mid-2022.

Work is well underway renovating the former Clifton Tavern building, donated, along with the land under it, by the Invercargill Licensing Trust. The $4.5m needed for the building’s conversion has already been raised. Melissa says those rates are due to a combination of challenges. However, the national roll-out of initial bowel screening tests (from age 60) has reached Southland and the subject’s higher profile has prompted people to seek medical help when they recognise symptoms.

We know people who have sought help and had a colonoscopy as a result.”

However, with a large number of younger people being diagnosed with bowel cancer she hopes the screening programme will eventually cater for under 60s too.

Through an arrangement with a local private hospital, the charity hospital is already able to provide colonoscopies for people who would otherwise miss out.

When the charity hospital opens it will offer only colonoscopies at first.

Dentistry will be added next

Currently fundraising is focused on the $1m needed for theatre equipment including colonoscopy and anaesthesia equipment plus a dental chair as dentistry will be the second service added.

A retiring Dunedin dentist has donated equipment, apart from a dental chair, from his practice.

Melissa says the trust board will monitor local needs before deciding which extra services could be added to its work.

With many likely needs “I’m glad I don’t have the job of picking,” she says.

Among the many fundraisers were farmers donating wool, to be used as insulation in the building, while two young men organised a dog trial which raised about $50,000.

Aluminium smelter operator Rio Tinto gave a $100,000 donation towards the build as part of its Covid-19 community support package.

The hospital will also need volunteers for gardening, cleaning and administration. More details are on the website.