Farm animals, chocolate cake and teddy bears have helped a multitude of foster children to feel they belong when arriving at an Otago couple’s home for the first time.

Linda Wheeler and her husband, Trevor, fostered many children over 37 years in their large family home near Mosgiel. Trevor died four-and-a-half years ago and Linda shared some memories.

Linda said she and Trevor had made a pact that they would never say how many children they had fostered. They thought it might seem like boasting. Also, each child was so valuable to them.

I couldn’t tell you how many we had over the 37 years because everyone was number one to me.”

Little children always arrived to a $2 or $3 teddy bear on their bed, with the child’s name on the bear, she says.

“They’d come in and that meant so much to these children, it was amazing to see … it was something that belonged to them.”

Linda says years later, this girl told her it had been so difficult to see Linda’s children eat the chocolate cake, which was her favourite cake.

Linda says that, most of all, love and trust are important when fostering children.

“I think the biggest thing is love. And trust – that they can trust you, that it’s a safe place.” 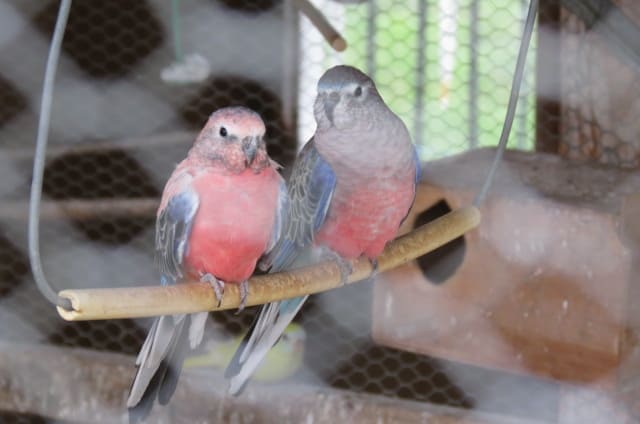 A budgie perches in the Wheeler family’s aviary.

Some teenagers don’t trust people because of bad experiences, she says.

“But you’d go down and see them with their arms around a pony, just crying.”

Many years ago, Trevor and Linda had three boys of their own, then a stillborn baby. Linda had wanted six children, so they applied to adopt a girl. They were told adoption would be unlikely because they had children and others wanting to adopt didn’t.

“Would you believe it, but nine months to the day [of applying], we got Anna.”

After adopting Anna, Linda had a hysterectomy because of fibroid problems. Coming out of the anaesthetic, she had a strong impression they would have two more children. She dismissed this impression, thinking she was going mad.

Not long after her operation, Child, Youth and Family (CYF) asked if the Wheelers could foster David, who was only 11 hours old. Within a year, CYF inquired if they could care for David’s 14 hour-old brother.

“Then, I was around at a Catholic lady’s and she said, ‘The Lord said you will have another child and he’ll be called Peter’.”

The woman did not know that Linda’s brother, Peter, had died at 25 years; and that the stillborn baby’s name was Peter.

“Not long after, CYF called and said, ‘could you take another’?”

This brother of David’s was called Rodger Peter.

“That was our seventh child.” 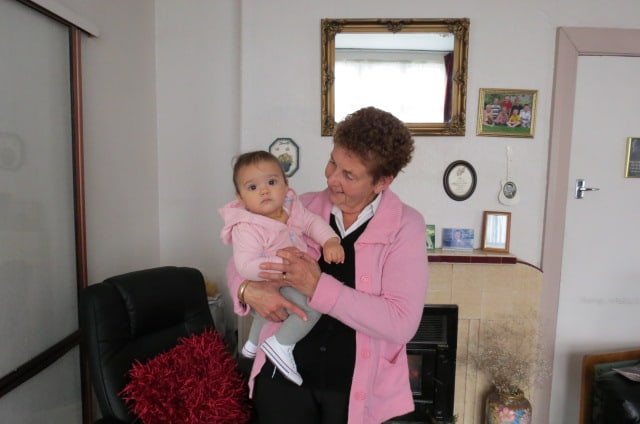 A large family and a large heart: Linda Wheeler at home with her great-niece, Ellie Louise Brown.

The Wheelers already had these seven children when they were asked if they could look after a 16-month-old child.

We said yes and it just went from there.”

Thus, began the temporary fostering. These children usually stayed 21 days before a court decided their future. Their mothers may have needed respite, or been struggling for other reasons.

The Wheelers also fostered new born babies who would be adopted. These were often just a couple of hours old and stayed for 11 days, in case the birth mother changed her mind about her child being adopted.

Over the years, many children who were fostered for short times have returned to visit. Their adoptive parents have also been in and out of the Wheelers’ comfortable, welcoming home.

When asked how many years ago she and Trevor stopped fostering children, Linda laughed. Their son, David, is 26 years old and still lives on their property.

“I’m 70 years old and still looking after David,” she says.

One of many organisations involved in foster care is Barnardos.

You can click here to find out more about foster care.

Note: Linda does not foster through this organisation.