A book for professionals who support new parents is being published by Perinatal Anxiety and Depression Aotearoa (PADA).

To be launched on May 2 at the World Maternal Mental Health Forum in Wellington, the 300-page book, Are You OK . . . Really? will deal with subjects that include postnatal depression, anxiety, breastfeeding, loss and grief, parenting in a strange land and caring for the carers.

The 22 chapters have been written by 21 different authors. It is aimed at care providers including midwives, counsellors, Plunket nurses, GPs and social workers.

Postnatal depression is a term most people have heard of and a national group, PADA, was set up to champion awareness and support.

While most regions have a postnatal depression support group (such as PND Wellington), there was no national umbrella organisation for perinatal mental health in New Zealand. So in 2009 a meeting of interested groups was held.

Out of this meeting a new umbrella organisation was formed in 2011. Since 2015 it has been known as Perinatal Anxiety and Depression Aotearoa (PADA).

PADA aims to eliminate the stigma around perinatal mental health in New Zealand by championing awareness and facilitating best practice and wellbeing to ensure all families have access to appropriate information and support.

Perinatal is defined as the time from conception until a baby reaches two years.

According to PADA, about 12,500 New Zealand women are affected by perinatal anxiety and depression, ranging from mild to extreme. Statistics in a 2015 report said suicide is now the leading cause of maternal death.

Those at the extreme end of perinatal anxiety and depression are likely to be referred to their local district health board’s maternal mental health team. 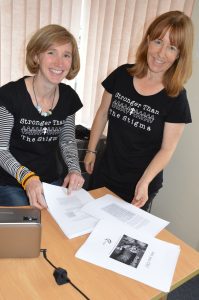 One of PADA’s primary roles is additional training for people who work with mums-to-be and new parents. These can include midwives, Plunket, GPs, social workers, drug and alcohol counsellors, and family support workers.

The aim is to give these groups the tools to support anyone who develops perinatal anxiety and depression.

New Zealand society has undergone many changes in past decades, which has changed the traditional patterns of support for those who are pregnant or have recently given birth, say PADA staff.

For many new parents, they no longer have family living close by. Life is busier and financial pressures can be greater.

Neighbours are out working during the day which can mean a lonely time for new parents at home with their babies.

Some mums return to work when babies are only a few weeks old.

Pregnancy-related depression can occur in mothers both during and after pregnancy. It is also known to affect fathers, and men staying at home to look after a baby can find themselves isolated.

You might think this is the normal, you don’t know any different, early intervention not only helps the parent but also the baby”.

PADA also runs a variety of fundraising events. These include people getting “peer to peer” support to raise money through sporting events.

Perinatal Awareness Week (moved from November to May because of proximity to Mother’s Day) is May 5-12.

On May 6 there will be a fundraiser “Pound the Pathway for PADA” at Bothamley Pathway in Cannons Creek, Porirua. Participants will “peer to peer” fundraise themselves.

On May 27 PADA is holding “Wellbeing Sunday” at City Fitness in Johnsonville, Wellington, for Mums covering nutrition, yoga, exercise and wellbeing. Tickets are available from Eventbrite.co.nz.

Are You OK . . . Really? is being published with help from the Pelorus Trust. It will be available online and at PADA events. The price is $35 inc GST.