Former Wellington College headmaster, Roger Moses, has had an immense influence in education. The importance of building character into young people is one of the lessons he had learned during his teaching career.

“The longer I stayed as principal the more I saw the importance of character,” he says.

“If you get the character right you will get the right choice.”

Roger chose the Biblical Parable of the Talents as the subject for his final address to the school.

“Often it is those who have to work at things more who become a success.

The key thing kids learn at school is choosing between right and wrong.”

“Getting a moral framework for life is so important,” he says.

“However, kids are fallible and make mistakes but they must also be given second chances.

He says boys particularly love structure and respond well if the framework is clear.

Boys who were not perfect have been among some of his greatest supporters over the years.

Roger says it is often when things are not going well that a person learns more about themselves.

At Wellington College they promote the service dimension – the importance of making a difference to those around you – as part of building character. 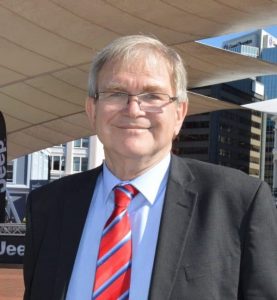 Roger Moses says teaching has been a wonderful career.

Over the past 20 years the college’s students have raised more than $1 m for World Vision through 40-hour runathons, which not only raised awareness about poverty but also increased student leadership and broke down barriers between year groups.

While Wellington College has some of the best academic results in the country Roger says there is a greater valuing of “all sorts of abilities.”

The school is also known for its sporting achievements but there has also been increased interest in the arts.

Now boys tackle both arts and sports, rather than one or the other.

Changes during Roger’s time at Wellington College include a broader curriculum, a wider choice of sports, including codes such as underwater hockey, futsal and floorball. The relationship between students and staff is warmer, and there has been an increase in the Maori and Pasifika dimension, and students stay at school longer.

He’s seen an increased sense of abhorrence at bullying and a greater effort made to look after boys who don’t always fit in.

Schools are now much more positive than they used to be.”

He also thinks there is much “more openness to helping kids who struggle a bit in all schools.”

However, society’s ills were “often being dumped on schools to sort out.”

There has also been a social shift from the Christian world view and values.

“You have to be aware of the fact.

“The prevailing pre-supposition has been challenged.

“Recent years have seen large changes in IT that have revolutionised schools.

“Social media has had some positives but has provided a vehicle for online bullying.

“Internet pornography had proven to be the elephant in the room,” he says.

As for schools interacting with the media, its focus has heightened an awareness of when things go wrong.

But there are still a lot of positive things happening in schools which he wishes could gain some prominence in local media.

While Roger has taught in very good co-ed schools, he feels strongly that there is still a place for single sex secondary schools.

An “educational tuatara that on paper should have been dead years ago. Boys schools were, in fact, thriving, and usually had a waiting list as well,” he says.

He is a past chairman of the Association of Boys’ Schools of New Zealand.

Roger says, “There is clear evidence that boys at single sex schools do extremely well and particularly well academically.”

Boys thrived in extra-curricular activities because they were prepared to get involved.

Roger says teaching has been a wonderful career and he can definitely recommend it.

After 23 years there, and 15 years of living on-site, he has decided it was time for new challenges.

Footnote: Roger’s service to education in New Zealand has been recognised in the 2020 New Year Honours in which he has been made a Companion of the New Zealand Order of Merit