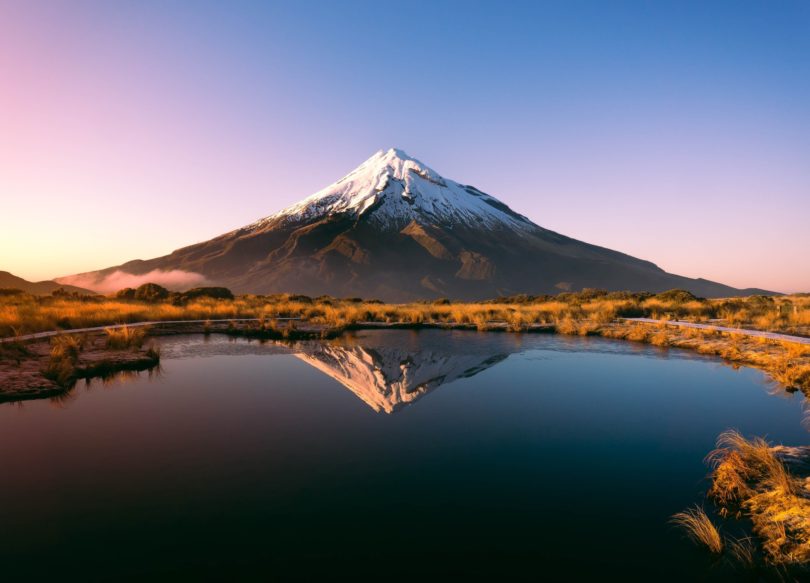 After a three-hour climb we sat perched on the scree, halfway up Mount Taranaki in New Zealand, surrounded by a vast expanse of tranquil clear blue sky when the calmness was broken by a puff of wind brushing against my face.

Suddenly something that looked like a tiny cotton wool object, the size of a football appeared a few feet in front of me and started slowly expanding. I sat there enthralled and amazed as I witnessed the birth of a cloud, right in front of my eyes.

Within 20 minutes half the sky was covered in cloud and we decided it was time to end our rest and start climbing the scree again. However, by the time we had finished ascending it, we were in a complete whiteout.

An hour ago we could see for miles, but now we could barely see one foot in front of us. How was it possible one puff of wind could change the atmosphere and create something that was now completely engulfing us?

Fortuitously, as we commenced the next stage of our ascent, the boulder climbing, we met up with an experienced German climber. He was able to guide us up the boulders through the thick fog, to the top of Mount Taranaki, where we broke through the cloud into the bright, rich blue sky again.

But, I also knew I had witnessed something special in God’s creation; God’s hand on the mountain as the cloud was formed.

This was a moment of awe.

As I was recalling this story it got me thinking about the other times in my life when I have experienced awe.

Here are a few:

Some of these moments appeared unexpectedly, out of the blue. While others took months and even years of practice and were reached through small steps.

What have been your moments of awe?

What new moments of awe are you in the process of creating?

Currently I’m learning to play Stairway to Heaven by Led Zeppelin on the piano. My awe moment will be when I am able to play it without reading the notes.

As we navigate through 2022 and put the difficulties of 2020 and 2021 behind us, let us be reminded that new moments of awe are waiting for us.

Our world is not finite but full of possibilities and wonder.