When New Plymouth couple John and Vicki Haylock received an inheritance from their uncle’s estate, they wanted to keep his memory and passion for medicine alive.

Before he died Dr Basil Clarke, who had no children of his own, told niece Vicki he was thinking of setting up a scholarship fund for Taranaki students.

However, that did not happen. Vicki thinks it was in the “too hard” basket.

So, she and her husband decided to act.

Dr Clarke was a consultant physician and senior lecturer, specialising in diabetes, who spent most of his working life at the Royal Infirmary in Edinburgh, Scotland. 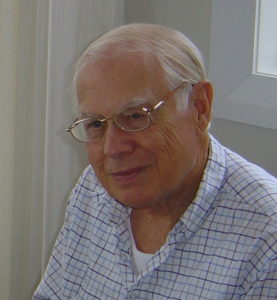 Medicine was an important part of his life, but he also loved genealogy and history.  When he retired in 1995 he moved back to New Plymouth where he shared his knowledge with the local diabetes team at Taranaki Base Hospital.

When Dr Clarke died Vicki was Chief Executive of Te Karaka Foundation (now the Taranaki Foundation). She and her husband thought it was important to lead by example.

“John and I have always given money to a variety of local causes – although at a fairly modest level, so this was a big step up for us financially,” Vicki says.

“John is on the board of East Taranaki Environment Trust and I am the treasurer of Launch Taranaki.  We have also been involved in other community groups, and we know what a burden it is to be constantly fundraising.”

She says community foundations have a long and successful history around the world. They enable people to set up charitable funds very simply and cheaply.

Community foundation funds are professionally managed but at “significantly lower” cost, she says.

They are also a cheaper option because they avoid the legal fees that surround setting up an independent fund.

Community foundations have been establishing across New Zealand for the past 18 years and are largely growing from direct donations, estate gifts (bequests) and trust resettlements.

Funds are pooled and invested, tagged for particular purposes, with the income from investments giving back to communities for the long-term.

A community foundation is a not-for-profit model and the trustees are volunteers, “so that keeps the operating costs lower than with commercial alternatives,” Vicki says.

“It is also so much easier and way more cost-effective than trying to establish a charitable fund on your own. We also like that gifts to the Taranaki Foundation are invested forever – so instead of a ‘one-off’ gift to one or two organisations, our fund is going towards building a ‘nest egg’ that can make a difference in Taranaki for the long term,” Vicki says.

“We chose health, wellbeing and education projects for several reasons – firstly we wanted to continue Uncle Basil’s legacy in the health area.  Secondly, we realise the vital importance of education – if people are able to have financial security, then it is easier for them to improve their own health and wellbeing,” John says.

We also wanted to keep the scope of the fund quite broad – as it is impossible to predict what the needs of our community will be in 20, 50 or 100 years’ time.

“This fund will last forever, so it needs to be flexible to respond to the changing needs of the community,” John says.

The couple have committed to giving that will bring the fund up to $50,000.  Once it has reached $50,000, making grants will be possible. In their wills the couple are also leaving a much larger gift to the foundation which will boost the fund.

“I am the sort of person that wants to help – and setting up the fund gives us a tangible way to do that in the future.”

Vicki was CEO of the foundation until 2017. Her only involvement now is as a donor.

She says the couple’s daughters supported the fund being established.

“It’s a lot easier to give money away when you know you won’t be needing it yourself anymore.  We only recently updated our wills to include Taranaki Foundation – we are really proud of the great work the trustees and the new management team are doing, and we know the money will be going to safe hands.

“Our daughters are young adults now and starting their own careers.  They are very supportive – they know they will still receive a good inheritance, and we will help them out when needed in the meantime,” Vicki says.

but they need money before they can change lives”.

She says some of the projects which inspired her when she worked at Taranaki Foundation included:

Start Taranaki – works with teenage boys who have had a brush with the justice system.  The boys go through a four-week wilderness experience, and then receive support to help them stay on track when they go back home.

Taranaki Gifted Community Trust – provides education programmes and support for highly gifted children, who often have complex needs which are not met within the mainstream education system.

Taranaki Scholarships Portal – a growing, easy to use database of scholarship opportunities for local students.

To locate the community foundation in your area go to: