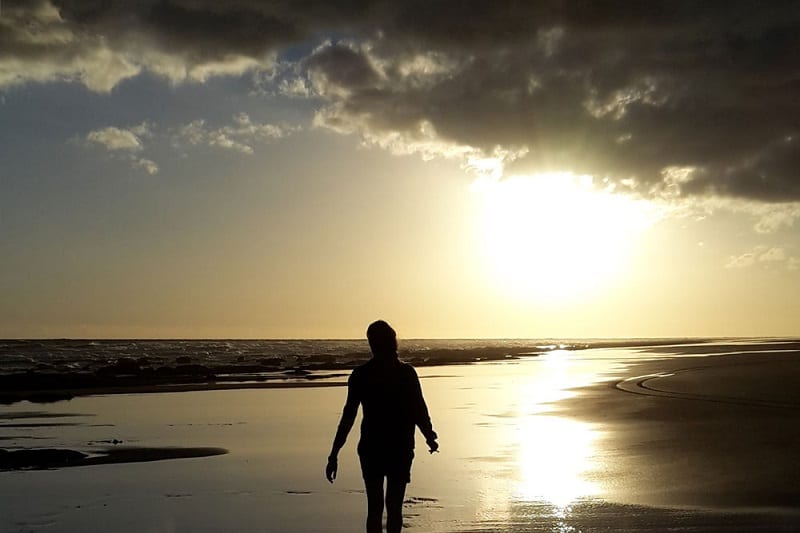 As we celebrate Easter, Emma McGeorge reflects on encountering Jesus as a pop star and realising that she was ‘his song’.

The rain trickled in shiny rivers down the car window, blurring the outside world into a grey, muffled cocoon.  My brother drove silently while my two sisters slept and I, in the back seat, kept the silence, lost in my own thoughts after a long and eventful day.

I leaned my head against the seat and watched the smudged cars and blinking city lights whirl past in the melting twilight. A music album I didn’t know was playing in the background, and I half-listened to the unfamiliar tunes, my ears slurring the words in tiredness.

But despite the peace of the quiet car and the soft music, it seemed that my mood was being coloured by the day outside, gradually becoming greyer.

The droplets drummed on the roof, the wheels swished through the rain, the tears began to pool — inwardly I froze, caught in the glare of hurried and hurting thoughts. Then one phrase throbbed heavily into my heart, as I gazed out at the crying landscape:

The thought was as unexpected as it was painful, and in seconds my mind flew back over hastily buried memories: memories of friendships lost, of trust broken, of painful misunderstandings… and the overall nagging thought that I was too easily cropped out of others’ pictures.

I staggered emotionally through a haze of flashbacks and fears.

Could all this hurt still dwell in me?

Could all this pain still cut so deep?

The tears poured hot and silent down my cheeks, blurring the rainy world outside into a melancholy fog. The words poured hot and stinging through my heart, slicing me with their dissonant mantra:

Part of me held fast — defiant and angry that these words would try to bruise me so. But part of me had already given in to the despair, wrapping my heart in the cold cloak of sorrow, and slowly crumpling beneath the harsh discouragement.

At that moment, as I inwardly swayed on the edge of raw grief and pain, the track changed. The next song began to play. Still a part of this unknown album, even the first hum of notes was foreign and unfamiliar to me. 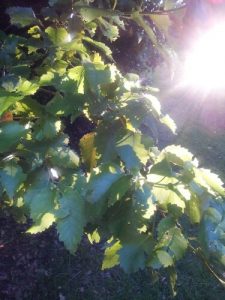 But with the opening piano arpeggios and the accompanying throb of the deep bass chords, a vivid image suddenly blazed into my mind. I stared wide-eyed out the rain-washed window, seeing nothing that was before me. Seeing only a detailed picture.

A man stood on a stage, poised, ready to sing. A microphone stood before him on its base. He lifted a hand to pull the mic free and held it firmly, his graceful movement illuminated in the soft, blue spotlight.

The wings and backstage slept in darkness. The seating area before him also lay in hushed darkness. There was no audience, no visible orchestra or band. Just the music pulsing through the shadows and this man, alone, centre stage.

He wore dark grey pants, a silvery-blue shirt, black polished shoes. His dark blonde hair was stylishly cut, short on the sides and swept over the top in the style of a modern pop artist.

I caught my breath, as I suddenly realised that his eyes — a strong grey blue — were looking straight at me as I stood on stage right. He held me in his gaze, and I could do nothing but silently stare back. We looked at each other, quiet, unflinching. Waiting expectantly as the song preliminaries continued to build around him.

First, this man — this pop star — was Jesus.

Second, whatever this song was, whatever it was that I was about to hear, he was going to sing it personally for me.

The chills swept up my spine, the air was thick with anticipation — his and mine. The cruel words from moments before still hovered in the background, but I brushed them aside. I knew that when he began to sing, they would disappear completely from the scene.

My heart thumped wildly as Jesus — handsome and confident, poised and strong — lifted the microphone to his mouth. He took a breath.

My skin tingled with electricity, my ears burned with wonder as the music spilled over me. My entire being was smothered in wonder and beauty.

I listened. I wept. He sang.

He sang with such depth and raw feeling that I was completely swallowed up in the music. His passion ebbed in every note, his love painted each word gold, and I realised that he was not only singing, but singing desperately.

He was desperate for me to own this song.

His song was for me?

His song was me

The last shadows flickered and died, shrouding the scene in soft, serene darkness.

The broken pieces of my soul had lifted to listen in fresh hope.

An inner glow had started to hum, deep within my soul. A melody had looped itself into my heart, and it wasn’t going anywhere.

And I — staring out the window into the driving rain, tears pouring down my face — I knew the truth. The real truth that laughed in defiance at the ‘I am not worthies’. The truth that had flashed before my eyes in the form of a solitary singer on a solitary stage.

I had felt it shiver up my spine. I had heard it in an unknown song. And now I knew:

When Jesus was a pop star, I was his song.

For I am gold dust.

“Gold Dust” is a song by Swedish electronic music duo Galantis. It was released on 23 February 2015 as the third single from their debut studio album Pharmacy (2015).

This piece was originally published as “Gold Dust” by Emma McGeorge. Emma is an Italian-South African with a New Zealand passport, living in Papua New Guinea.