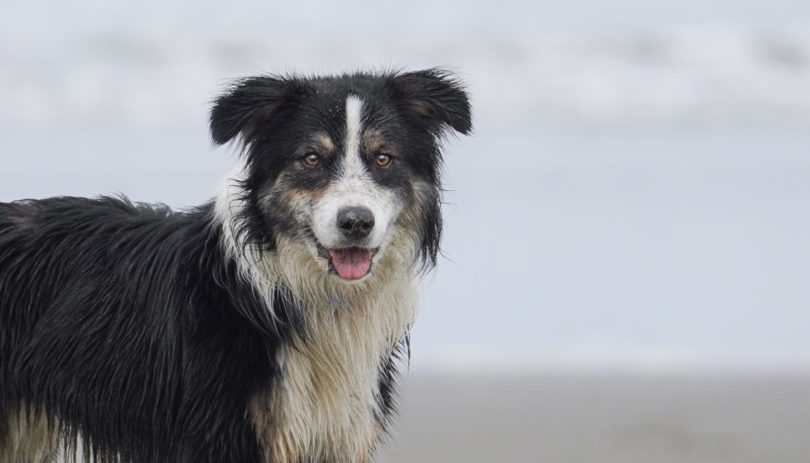 I recently bought a dog who I have named after my late Grandfather George. He is great company for me, but little did I know that George would bring confidence and healing to other dogs and their owners in our community.

One instance happened a few weeks ago as George and I were walking through the park and spotted a dog in the distance.

This dog sat silent and leashed, finding comfort tucked up safely to the side of her owner, as she wearily surveyed the park surroundings. George bounded gallantly towards her, his tail wagging voraciously. I had tried to call him back, but he ignored me and continued to close in on the other dog.

I was weary of George greeting other dogs without the owner’s permission, and especially if they were on a lead.

But, George loved greeting and playing with others. Since he was a puppy he had been well socialised, meeting other dogs in puppy school, at the dog park, or on his regular outings. George is an outdoor dog, a high energy border-collie.

By the time I arrived at the scene, George had already reached his new friend, and was playfully circling her.

I apologised to the owner that George had failed to respond to my call. I told her that he normally responded, but since he was only a nine-month-old puppy, sometimes his behaviour was inconsistent. Perhaps this was typical of a dog reaching his teenage dog years.

The owner introduced herself as Trish and told me that her dog was scared of other dogs. She was a six-year-old rescue dog that she had owned for about a year. She was raised as a farm dog but had not been much good at farm work, so had spent most of her life caged up.

Her rescue dog was great inside the house, but got very nervous when taken outside, away from home.

I was taken aback. I could not imagine what it would have been like for a dog to have been caged most of its life. What a sad life.

My dog, on the other hand, had lived an abundant outdoor life. He loves running through the forest while I mountain bike, chasing seagulls on the beach and magpies in the park, catching a frisbee, chasing a ball and rescuing a stick from the sea. 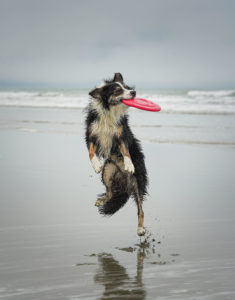 George is adventurous and because of his gregarious nature, is well known around the neighbourhood.

Trish commented that my dog seemed very friendly. She would love for her dog to be able to play with other dogs, but was afraid she would attack others if let off the lead.

I reassured her that George was used to playing with others, was very quick on his feet, and it was unlikely that her dog would cause much damage.

After a bit of encouragement, Trish decided to let her dog off the lead.

As soon as she was off the lead, the dog bounded towards George, showing some signs of aggression. Unperturbed, George delighted in the approach, jumped backwards, crouched down, tail wagging. Her dog  seemed confused by George’s antics, stopped and crouched down too.

Then, George picked up a stick and proceeded to run around and play with her. For a few wonderful minutes they played together, no harm done.

Then all of a sudden, the playing stopped and her dog returned to the comfort of her owner’s side.

That was really good,” Trish said. “I would be keen if we could meet up regularly so my dog could play with your dog.”

She replied, “Hope, her name is Hope.”

As we departed I looked at her dog again. She was sitting silently beside Trish, tail stiff but now there was something different about her. I noticed a slight sparkle in her eyes.

Yes, that’s right, I thought. Her dog’s name is Hope.