Lessons learned during last year’s nationwide Covid-19 lockdown have made this year’s one easier, says a charity working at the grassroots in Rotorua.

The Lifewise Trust operates in Auckland and Rotorua. During Alert Level 4 and 3, like many charities, it has continued the mahi, or work, online where feasible and on the ground when needed.

In Rotorua, the trust has helped 130 formerly-homeless individuals into permanent housing with Housing First in the past two years.

Lifewise Bay of Plenty Regional Manager, Haehaetu Barrett, says being there for these people didn’t stop during the recent August to September lockdown. 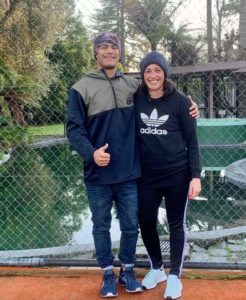 “We just continued the business,” she says. A Love Soup crew prepared hundreds of food parcels, which her staff delivered.

In Rotorua, the trust runs mental health and addictions supported accommodation where adults focus on recovery. Life there was “quite normal” during Level 4 and 3.

The 17-bed facility has a gym, so residents could keep exercising, and recreational and therapeutic activities continued, such as art or movie nights.

Staff worked on rotating shifts and had a home bubble and work bubble.

This August, community providers cooperated to give drive-through Covid-19 vaccinations to Lifewise staff and those using its services.

Family and whānau have also stepped up during, and beyond, the lockdowns.

“Another thing that Covid’s helped with, is that.”

Families are now more able to reach out for Lifewise support when there is a situation with mental health or addiction.

In the past when there was a problem, whānau might have been passed from agency to agency.

That can be intimidating for some families; sometimes they don’t know which is the right door, sometimes there’s too many doors.”

She notes the Covid-19 pandemic has led to different ways of working, such as young people being happy to share information using technology.

“They’re faster than all of us, they know what they’re doing!”

Regarding her leadership, Haehaetu says she’s been more prepared for this year’s lockdown than last year’s.

“Last year I think I winged it, by every update from Ashley Bloomfield,” she says, referring to the New Zealand Director-General of Health and his almost-daily public briefings.

She says she probably isn’t the only leader who has been forced to rapidly respond to constant change and challenges.

Haehaetu wants to acknowledge colleagues in Auckland, which has been in Alert Level 4 since August 18, meaning people can only leave home for essential work, local exercise, medical care or to buy food.

In addition to coping with a month living at Level 4, Auckland has endured a storm and a traumatic supermarket stabbing.

“There’s a lot already on the vulnerable communities, but [that’s] a lot on top.”

During lockdown, it is important to keep looking after each other and checking in, she says.

“It brings the human side of us out, the heartfelt stuff.”

The Lifewise Trust and our previous story