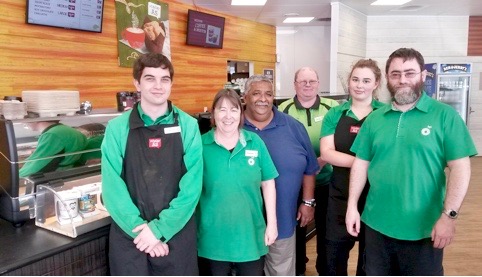 Greymouth business owners, Joanne and Dayaram Ganda, have been recognised as the best in New Zealand.

A culture of inclusion and respect won them national recognition as Employer of the Year, at Attitude’s recent awards ceremony at Auckland’s Sky City.

The Attitude Awards are about increasing awareness of the benefits of integrating people with disabilities into community. This televised annual event celebrates New Zealanders who choose to find strength in difference.

It is a platform to showcase achievement by organisations living with a diverse range of challenges, and acknowledge those who choose to focus on abilities rather than limitations.

Joanne and Dayaram were nominated for the award by Deborah Pederson-Gould of Workbridge. Workbridge connects employers to job seekers with conditions that require special consideration.

Deborah wanted to acknowledge the Gandas’ commitment to inclusion and respect.

Joanne and Dayaram look beyond disability, illness or injury to find what a person can do rather than what they can’t do”.

People with long-term ailments make up around half of their staff and they are treated just like everyone else.

The Gandas run BP2Go service station on Tainui Street in Greymouth and have been working with Workbridge for 27 of their 30 years in business. 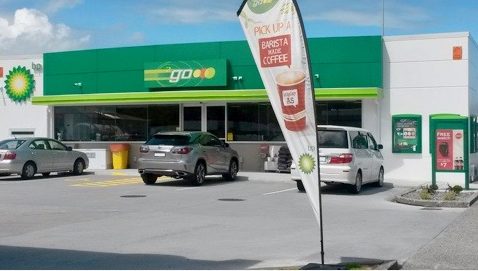 Hiring outside the pool

“It all started with Robbie”, said Dayaram, as he reminisced about their first experience deliberately hiring outside the pool of normal job seekers.

He smiled widely as he described their relationship with Robbie, who was “part of the family”.

Robbie worked for BP2Go for 13 years right up until he died. Robbie had Down’s syndrome.

His job was to do the dusting but he added so much more to the business. He valued his job and felt valued because of it.

His sense of pride was infused in the way he wore his uniform, the way he held himself and in his greetings. Customers loved the warmth he radiated.

Because of how he felt and how we felt about it, we thought let’s give it a chance.”

Since Robbie, the pair have employed a continuous stream of people with ongoing special needs.

Their business model is based as much on their ability to contribute to community as it is about profit.

The Gandas see it as their privilege to be able to offer people an opportunity to make a meaningful contribution. A sense of having a place in their community.

Brent Gage had a successful career in Information Technology and ran a martial arts school in Auckland. After years of experience as a skilled professional, he now lives with the early onset of Parkinson’s disease.

Along with gradually robbing Brent of control over his muscles, the condition leaves him feeling fatigued and unable to work full time. He had to give up his career and reinvent himself.

Tragically, Brent also lost his mother at about the same time and this led him back to his home on the Coast to help his father adapt to life as a widower.

The challenges of his condition made job seeking difficult. Luckily, he found the Gandas. Working the night shift suited Brent because it was quieter and less stressful.

When even this became too difficult as his condition progressed, they simply changed his role. Brent now draws on his professional experience as a trainer in his current role, training staff on hazardous substances. 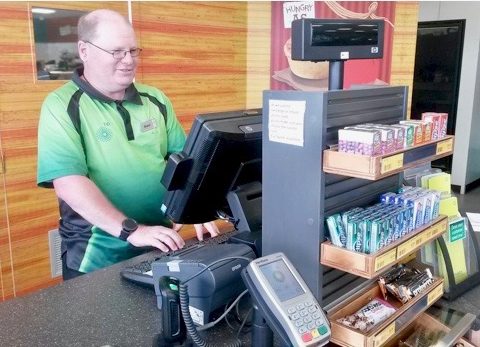 Brent and others with long-term ailments do their job just like anyone else.

A business is a team. Dayaram and Joanne show us a model of team work that accepts difference.

Tailoring roles to team members’ strengths and ability works for them because one size doesn’t fit all.

Their advice to others is quite simply, “Give it a go”.