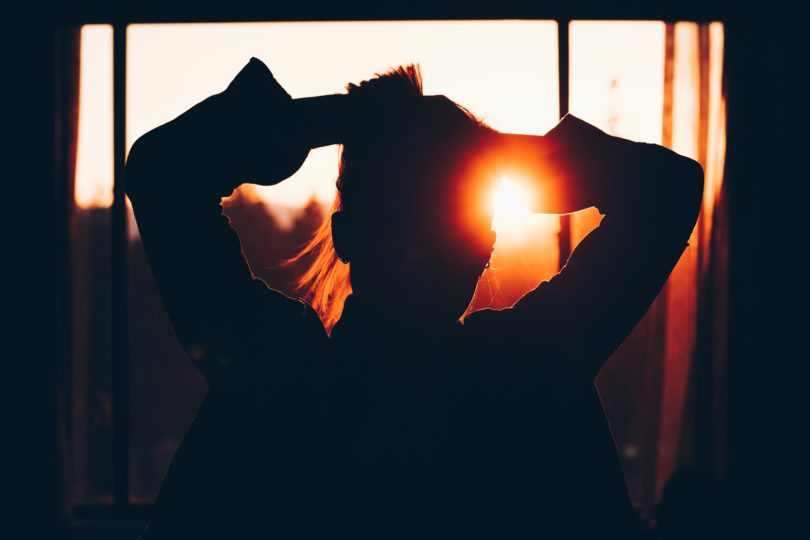 Recently I have been running some design thinking sessions in Dunedin.

One night braving the cold and frosty conditions, I put on my heavily padded winter coat, wrapped a warm scarf around my neck, popped on my merino gloves and ventured forth to a wonderful Italian restaurant that was about 600 metres from my hotel.

I enjoyed a delicious bowl of pasta before once again rugging up to return to my warm room and latest book.

Back at the hotel I gratefully removed my heavy coat (it is one of those garments that gives you ‘robot arms’), scarf, and gloves and just as I was about to settle down with my book I discovered that one of my earrings was missing.

The missing earring, which was similar to the feather ones that regularly adorn the ears of our prime minister, had been a Mother’s Day gift from my son and daughter-in-law. They’d found them online from a designer in Nelson.

It was during the Rāhui and even though they were ordered weeks in advance they didn’t arrive until after Mother’s Day, much to the disappointment of the gift-givers. The earrings were an incredibly thoughtful gift that had taken a lot of effort to obtain.

Back to the hotel room. My first response to the missing earring was to jump online, order another pair and never let on that I had lost one. This was the easy way out of the situation.

I justified it to myself that once the replacement earrings arrived I’d have a pair and a spare in case I ever lost another one and if I played my cards right no one would ever know. And the jeweller in Nelson would benefit from making another sale.

But then I began to think of the effort that my son and his wife had gone to in the first place to locate the earrings which they knew I wanted, and then to order them weeks out from Mother’s Day and then spend copious amounts of time following up the courier as the delivery date got pushed further out.

Somehow taking the easy way out of the situation, by ordering a replacement pair, didn’t feel quite right.

But then I looked at my coat, scarf, and gloves. I thought of how cold it was outside.

Even though I knew the right thing to do was to retrace my steps and make my best attempt to find the earring I came up with a new plan. I rang the restaurant and asked them to see if the earring had fallen out near the coat rack or by the table where I had been sitting.

They couldn’t locate it but they offered to have another look once the restaurant was empty and they could turn on all the lights. I thanked them for their effort.

Having now made an attempt to find the missing earring I started to settle down with my book, deciding that if the restaurant didn’t find the earring I could go back to my original plan and order some replacement earrings.

Out into the cold

But still it felt like I was taking the easy way instead of the right way.

So on with the coat, scarf, and gloves. Out into the chilly Dunedin night I went retracing my steps to the restaurant. No luck. No earring. Feeling a little better that I had at least now made a genuine effort to retrieve the earring, but sad to have lost a precious gift, I made my way back to the hotel.

Less than 50 metres from the hotel door I saw something odd-looking on the footpath.

It didn’t look like my earring, but I bent down to have a closer look and you guessed it, there it was, a crumpled heap on the footpath, my missing earring. I felt absolutely elated.

Often in life we face decisions about which path to take – the wrong way, the right way or the easy way. Deciding not to go the wrong way is usually pretty straight forward because most of us have an innate desire to avoid making mistakes.

Deciding between the easy way or the right way takes a bit more effort.

As a principal, the easy way to consult with parents is to organise a meeting one night in the school library. The right way though is to organise the meeting in the library and to also arrange to meet with other parents in a place in which they feel more comfortable.

At the end of the day, life is full of choices. Remembering that more often than not, the right way is harder than the easy way, but also that the right way usually brings greater rewards.

Carolyn is a weaver of futures who works with people and organisations to co-design solutions to complex challenges. She is the founder of Weaving Futures, a leadership growth and design thinking practice and can be contacted on 027 4349865.