Taking risks and following their creative passions has motivated a group of millennial designers to open a pop-up shop in central Wellington to sell their handmade treasures.

Collaborating as a group has made it possible for the 10 – aged from late teens to mid-twenties – to get their work and names out into the real world for two months through a retail site in Vivian Street.

“All feel they are taking a risk but have the courage to do it,” says Project Leader, Dani Forde.

Todd Selak says if a person follows something and it doesn’t work out they have still tried and gained experience so the outcome is a win-win. He says fear of failure is what holds people back from stepping out.

“I would tell people, take risks, especially to follow a passion, that’s how you grow,” says Dani.

Hoping to inspire others

They also hope what they are doing will inspire other Wellington millennials – those reaching young adulthood early in the 21st century – to put their skills and talents out into the community.

Bridget Feierabend says there is always pressure to stay conservative and avoid risks, failure and blame.

The project’s name “Cool Sh*t Happens – when you make it happen” was designed to be bold, relevant and young. The group also thinks it fits well with the bold yellow and blue paintwork of their site on the corner of Vivian and Marion Streets.

It was suggested by Dani as “Shit Happens” but thought to sound negative. So, they added Cool in front, replaced the ‘I’ with an asterisk and added the tagline “when you make it happen.”

We want to prove that you aren’t too young to do something great, and your dreams aren’t something you fulfil later; you can do cool sh*t right now,” Dani says.

Many of the designers are stepping outside their comfort zones. Some are selling their works for the first time, others are using their creativity to help manage depression and anxiety.

For others, they are enjoying the opportunity to indulge in their creative passions.

For Dani, who says she has always had a “little girl syndrome,” it’s been about growing her skills in leading and managing.

Dani says all of the designers are fully committed to supporting each other and sharing their creations with the Wellington community.

The designers connected first through Facebook before they met. The majority of the shop has been built through social media with everyone pooling their strengths to get everything ready for the 18 September launch.

Most have done previous stints in the popular underground market on the Wellington waterfront.

Focusing on what they do best

They’ve learnt a lot along the way about decision-making and sharing the workload. The designers have focused on what they do best and drawn on skills they use in both paid and unpaid work.

The experience will also be a foot in the door for any future projects they might want to do,” Dani says.

The designers and their work are: Zoe Flesher, 23 (@lunarbluedesigns), creates colourful earrings, silly pins and haphazard wall hangings from polymer clay. It’s become a job for her and she says she couldn’t be happier.

“My hope now is that I can pass on a bit of that happiness through my work.” Jean Chua, 21 (@jeanbeeaan), draws artwork that focuses on the human form and dynamic and unusual lines of action. “I love incorporating florals that either complement or contrast a certain pose, and I tend towards themes of melancholy and rebellion,” she says.

Bonnie Howland, 22, and Todd Selak, 23 (@beautyandthewind), make kinetic art that moves in the wind. The launch of the pop up shop will also be the launch of their new business.

“There’s something special about being hypnotised for a moment in time as you admire the sheer beauty of a piece of art,” they say. 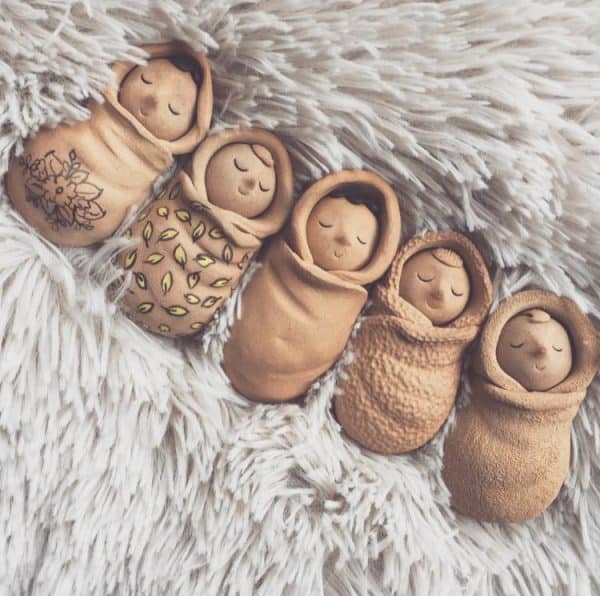 Charlotte Upton, 24 (@goodboy.store), took her dog obsession too far and put them on clothes. Her garments are ethically sourced and the design printed in Wellington with eco-friendly ink. The designers believe their work would make ideal Christmas presents for other millennials.

The group will also be running workshops throughout the duration of the pop-up store where anyone is welcome to learn a new artistic skills – which could include jewellery-making, painting or a hanging mobile.

Cool Sh*t Happens will be at 134 Vivian Street (look for the yellow and blue building on the corner of Marion Street opposite the Victoria University faculty of architecture and design) from September 18 until November 11.