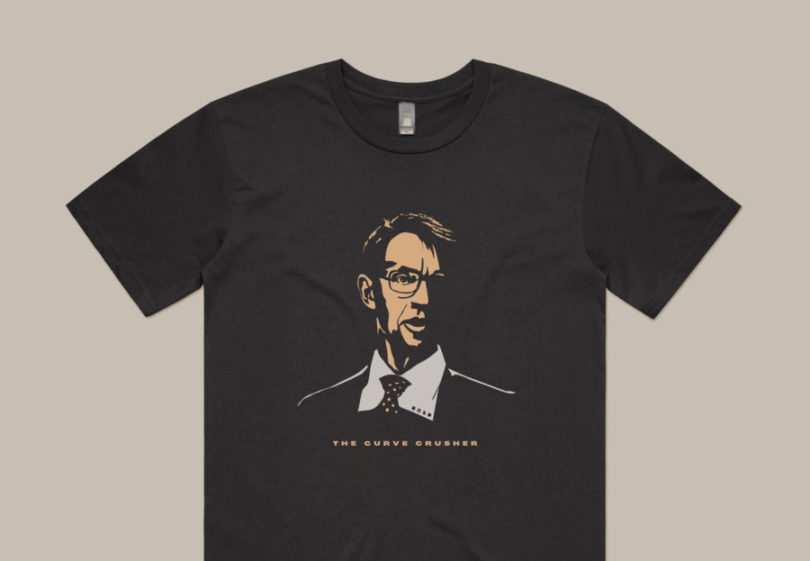 When offered the opportunity to earn money during turbulent Covid-19 times, a Dunedin design studio’s thoughts turned to who might need the money even more.

The Bold design studio Director/Producer, Tim Green, says team members didn’t expect their idea to take off as it did and were excited when a couple of thousand dollars was raised. Following media interest, sales doubled and the merchandise sold out.

In further recognition of the creativity and context of “The Curve Crusher” artwork, the Museum of New Zealand Te Papa has confirmed one of the tote bags will join a collection about New Zealand’s response to Covid-19. 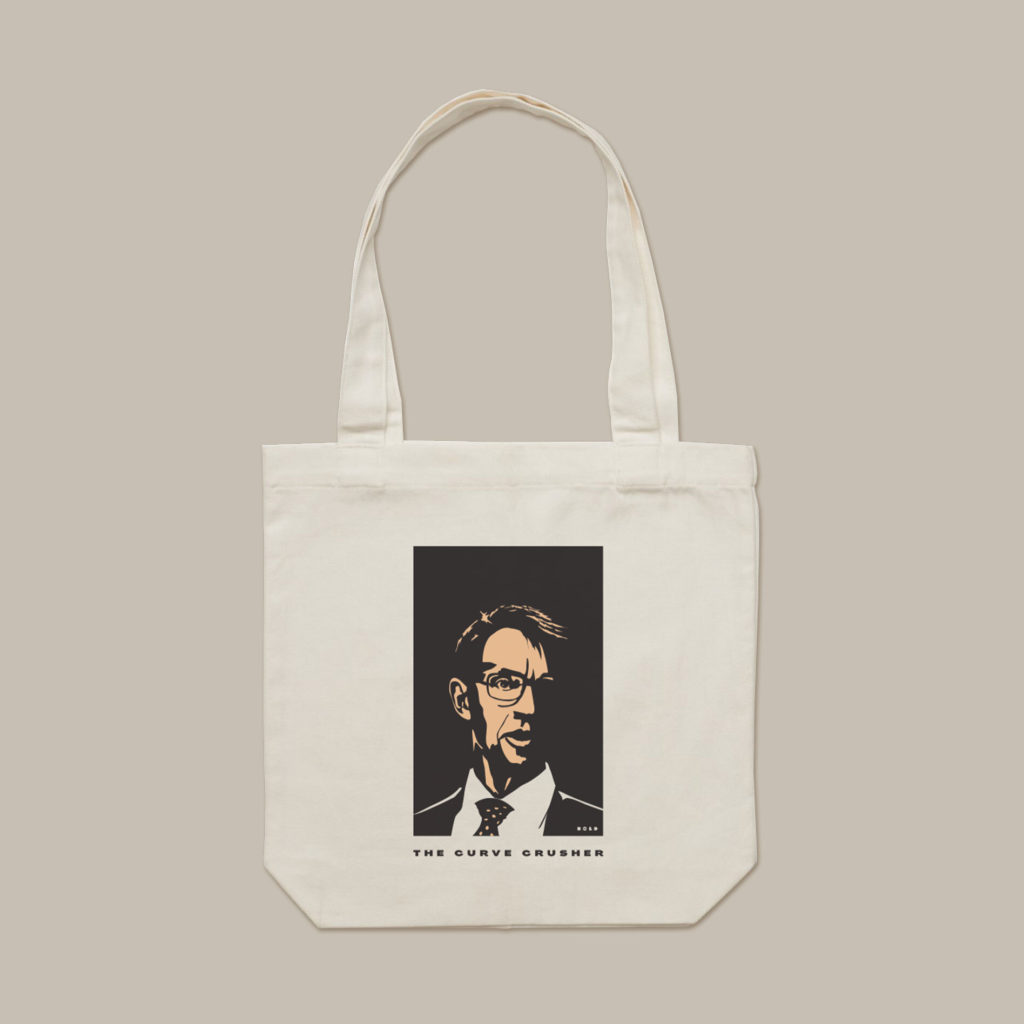 One of the tote bags featuring the Director-General of Health, Dr Ashley Bloomfield. Photo: The Bold

During the March 26-May 13 national lockdown to prevent the spread of Covid-19, The Print Room offered to help small businesses earn money by printing and selling merchandise. The screen printer would cover the costs and give the profits to each company.

Tim says his team felt fortunate to be able to continue working from home during the lockdown, so instead took the opportunity to raise money for people who needed it more.

“We kind of felt strange about the idea of profiting off the back of the virus and everything that was going on at the time.”

Team members thought about those who wouldn’t have the privilege of living in a safe ‘bubble’ during the household isolation or lockdown.

“We decided that The Bold would donate all [campaign] profits to Women’s Refuge, an organisation who needed all the help they could get….and how demand for their services might increase due to the stress and anxiety that Covid-19 has caused.”

In creating artwork for the merchandise, the team focused on Dr Bloomfield, who has helped lead New Zealand through the Covid-19 crisis and been praised for combining scientific knowledge and empathy.

“We decided such a man deserved to be immortalised and celebrated as a kiwi icon,” the studio’s website says. Designer and co-founder of The Bold, Andy Giesecke, created an image of Dr Bloomfield, and an article about New Zealand attempting to crush the Covid-19 virus curve inspired “The Curve Crusher” slogan.

This refers to the country’s bold move to try and limit Covid-19 deaths, and thus ‘crush’ the statistical curve measuring infections, by waiting until the infection rate is almost zero before lifting most quarantine restrictions.

Tim says Dr Bloomfield was aware of the campaign from the start.

He was pretty thrilled at the amount of money we’d been able to raise.”

While the busy Director-General had not bought a tote bag, the studio had sent him one.

And will there be another print run?

“Not at this stage,” Tim says.

To donate to the Women’s Refuge “Gift a Safe Night”

The Bold background about The Curve Crusher

The environmentally-conscious The Print Room