A Waikato trust starts each day by asking who it can make a difference for that day.

“It is about honouring the individual person.”

This might be a young person who is considering committing suicide; who has been kicked out of school at age 12; or who is a high-achiever.

The not-for-profit youth and family service aims to meet people’s emotional, physical and spiritual needs and to work alongside them to help achieve what’s important to them.

In Jo’s retelling, a boy is on a beach, throwing starfish back into the ocean one by one because they’ve been stranded by the tide and will die. An old man comes along and tells the boy that there are too many and he can’t possibly make a difference.

The boy picks up another starfish and throws it into the sea, saying, “Well, it will make a difference to that one”.

Jo says that each day Starfish in Waikato asks, “Which is the one in front of us?”

The trust helps hundreds of people a year and in addition to an experienced, specialist team, has about 40 volunteers.

It wouldn’t be able to operate without these “incredible” volunteers.

“[They] make a massive difference to what we do, from renovating a building to cutting down trees to chopping firewood.”

Young people receive from the trust and also give to it, she says, citing as an example the Matamata College youth leaders who last year raised $6,700 doing a mental health awareness bike ride from Raglan to Waihi.

These teenagers had experienced many deaths among their peers and now if anything happens, the money is immediately available to support those grieving.

Another group wants to ride from Waihi to Matamata this year, to raise money for counselling.

It is a really nice example of the community meeting its own needs.”

Starfish has “excellent” relationships with organisations in other towns. In Morrinsville and Waharoa, it works collaboratively with Te Hauora o Ngati Haua and Morrinsville Community House. 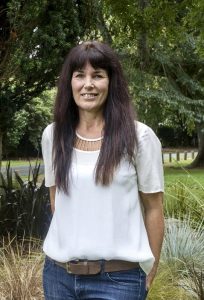 Some families this partnership helps have traditionally “fallen through the gaps”.

“Together we feel we’ve got a much better chance of reaching the families that are struggling and have been for generations,” Jo says.

Challenges include poverty, addictions, mental health, family and relationship breakdown, loss of identity and the effects of New Zealand’s colonisation.

Jo says the impact of intergenerational trauma is real, far-reaching and partly stems from colonisation.

“The effects keep trickling down.”

She discusses how traumatised adults’ experiences affect their offspring, such as when a parent has suffered discrimination at school.

Such parents are terrified their children will also be discriminated against. These fears don’t assist students who are already resisting going to school.

Some people haven’t been given an equal footing to start with and those working with them need to be aware of this, she says.

“There has to be some understanding of those social justice issues.”

Jo refers back to the teenaged cyclists who raised thousands of dollars. She says they want to give back to their community and learn about social services and wellness. Passing through Paeroa: some of the Matamata College cyclists who raised money for Starfish by cycling from Raglan to Waihi. From left: Reuben, Harry, Kate and Brooke. Photo: supplied

“They’re socially minded, they get the inequality more than others…they’re prepared to do things and change things for their peer group.

They just shine, they just excel.”

Speaking generally, Jo notes that young people who are high-achievers sometimes also need support. They may wrestle with anxiety or other challenges.

“It’s all of us,” she says, reflecting that everyone struggles at times.

“Sometimes we’re doing well and sometimes we just need to make sense of our world.”

The Starfish team, volunteers and communities across Matamata-Piako and South Waikato are certainly helping this happen. One person at a time.