A personal encounter with Billy Graham’s gym has sparked a New Zealand documentary on the boxer’s life-changing work with teens.

Mark Albiston is the director of Billy and the Kids, a 40-minute doco that will screen as part of the NZ International Film Festival in August.

The documentary begins with Billy talking about his own teenage years, when he battled lice and boils and stole food because there wasn’t enough to eat at home. Aged just eight, and headed for Epuni Boys’ Home in Lower Hutt, his life was turned around through the work of boxing coach, Dick Dunn.

Dick told Billy, “You’re a bright kid” and promised he would turn him into a boxing champion.

The power of encouragement

Billy says Dick was the first person to believe in him.

At 16, Billy won his first boxing title. The documentary shows photos of the haul of trophies Billy won, a testimony to the power of encouragement.

Mark met Billy about seven years ago when some of his Naenae Boxing Academy charges were auditioning for his drama/feature film. Mark noticed how amazing some of Billy’s young charges were.

Last year Mark and Billy’s paths crossed again, when Mark introduced his teenage son, Jude, who was going through some hard times, to Billy’s gym.

The gym helped to turn his son around. During this time Mark learned more about what Billy and his academy had done for so many kids just like Jude.

“Some of Billy’s kids are now leading fulfilling lives and a number are now helping to transform their local communities.”

“Like Laurence who started with the academy as a teen and is now the head coach for the Wairarapa boxing academy. He’s now Masterton’s own version of Billy,” says Mark

Laurence told Mark he would have been dead or in prison if he hadn’t met Billy. The more time Mark spent at the academies the more stories like Laurence’s came to the surface.

So inspired was Mark by stories like these, he was determined to make a documentary. It was a story that Mark thought couldn’t wait for funding.

I was inspired to make a documentary without any funding, as it was just something that had to be made. Teen suicide in New Zealand is through the roof, places like these gyms save kids and that’s not an exaggeration.

“We’re not sure where the film will go. We used our professional contacts and invested our time to bring this to life because it had to be made.”

Mark pulled together a production team who largely gave their time free.

Filming was limited to one week spent shooting between the Cannons Creek and Naenae academies.

They interviewed young men and women there.

“Coming to boxing every week should be the same as going to school every day,” was what young woman, Genuine Mahu, says.

The oldest person interviewed is Latu Talu, 25, who emigrated from Nauru in the 1990s and became on overstayer on the run from police. Billy supported Latu’s residency and he is now head coach at the Cannons Creek Boxing Academy in the former Top Tavern building.

Billy says his team is not talking about making champion young boxers. 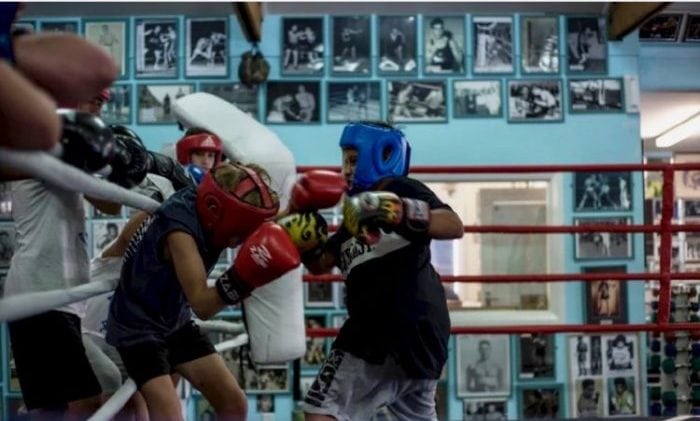 Key to the gyms are teaching values like respect, saying hello, caring for each other and not swearing.

Mark says that for him as a father and rugby coach it “has informed the way I work with kids”.

Traditionally, a teacher or coach tells the team or students what they will do. But Billy’s way is to ask kids how they are going, and get them talking and contributing.

He also gets the experienced kids to help coach the newer ones. These are practices Mark adopts in his under 12 Poneke rugby team. And it works. The kids are encouraging each other, and learning a lot faster.

Mark says the documentary will be of special interest to parents and grandparents, and those working with teens who are wondering how to keep our youth feeling like they belong in a time when disconnection is leading to teen fatalities through suicide.

Billy and the Kids has been made by Mark and produced by Sharlene George under the umbrella of Sweetshop, a global boutique production company with offices in Auckland, Australia, the USA, Asia and Europe. 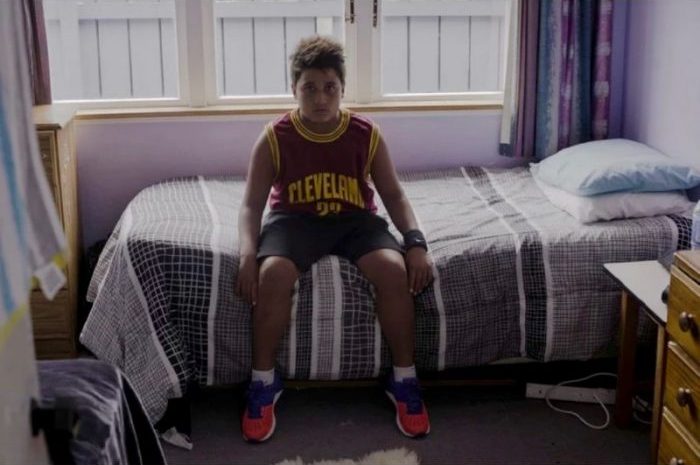 William Fowell, who trains at the Naenae gym, features in the doco

Beyond the film festival screenings, Mark says they are pursuing television and other options.

He also hopes the documentary will lead to more financial support for the Billy Graham Youth Foundation and its five gyms.