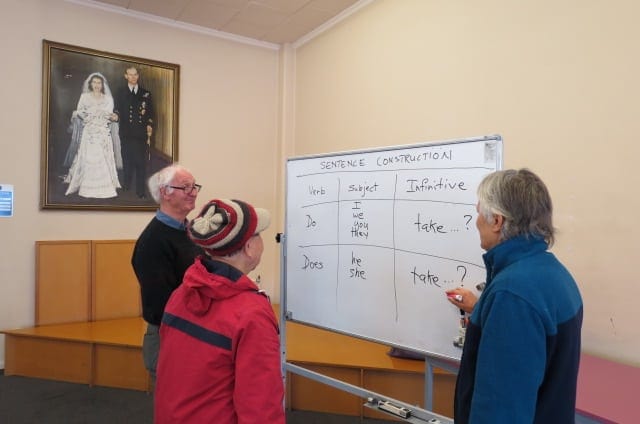 Tucked away at the Octagon Club in Dunedin, older immigrants are learning English and gaining confidence for their lives in New Zealand.

Kate Wong (85) says that when she came to live in New Zealand in 1955, she didn’t speak English. She considers she is too old to learn. However, with a smile she deftly answers a question about why she attends these classes.

Because English no good. Learn some and can by myself go shopping or somewhere.”

Kate arrived in New Zealand from China all those years ago and family members speak Cantonese among themselves. She is happy she has now learned enough English to go out by herself. 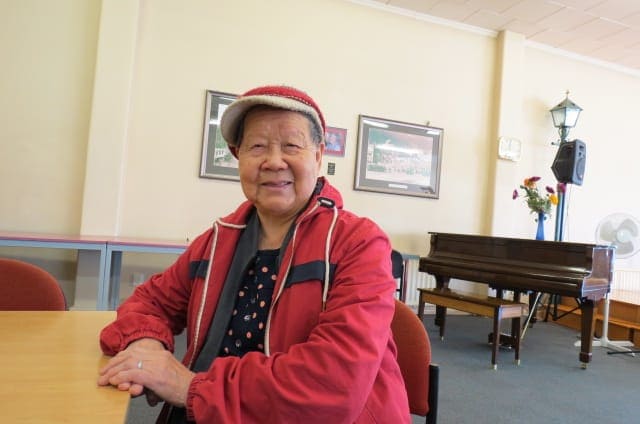 Fong Lee Yin (76), originally from Malaysia, says she began participating in the lessons in 2015. She says they are “very good”, pointing at her heart to emphasise that her enthusiasm is deep felt.

Age Concern Otago started its free English for Elders classes in 2013, to help elderly immigrants with little or no English learn and improve their conversational skills.

“It was to be conversational English. The idea was to help these people become more integrated into the community.” 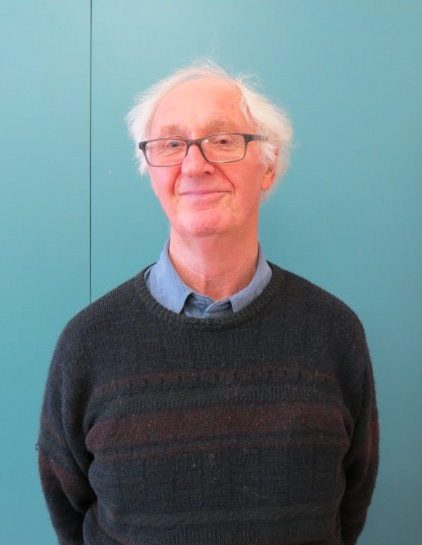 David says that older immigrants pick up a new language more slowly than younger ones who are often in environments such as schools, which means they need to learn the common language.

Senior immigrants often lack confidence and live isolated in their homes, only seeing their families and speaking their native tongue, he explains.

Those attending classes have ranged from 65 to 85 years old and the majority have been female. David has observed that males, particularly older ones, find it more difficult to try something new such as learning a language.

In his experience, men may not even attempt speaking if there is a chance they’ll make a mistake.

Every Monday morning, the senior immigrants sit at the Octagon Club with its elegant piano and painting of a younger Queen Elizabeth II, working hard on set lessons, conversing, and sharing a hot drink and biscuit.

One woman, An Bo, has been coming since the course’s inception. David says she was so committed that she would arrive and ask him to review the previous week’s work with her.

“For those who’ve been here, they’ve always been enthusiastic and they’ve enjoyed the classes,” David says.

I admire these people immensely. To come in at their age and learn a language isn’t easy.”

Those teaching the classes give many voluntary hours. David spends at least one day a week preparing the lessons and each Monday, travels 190km from his Herbert home to Dunedin and back. 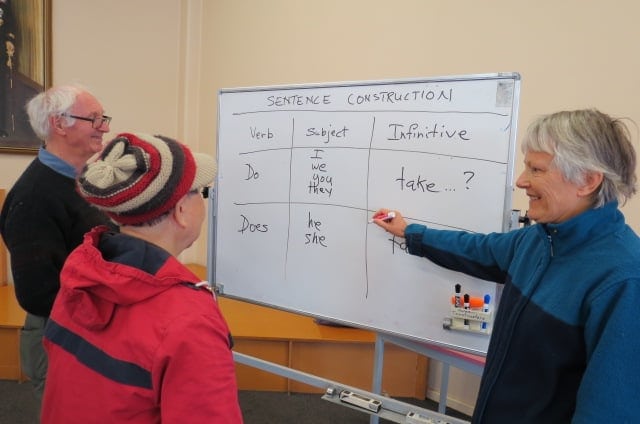 No tutors are paid. David’s petrol costs are refunded, however this year this funding isn’t available. The seniors have started contributing $5 each per lesson towards his petrol, although this isn’t easy for some.

More funding is needed, and new participants are always welcome.

“We’ve had a lot of very happy occasions,” David says.

To donate towards the English for Elders classes click here

(Please specify that this is for the English for Elders class)